Twitter commissioned Sosolimited to design a series of artistic data visualizations to celebrate the rebranding of their 'like' button. We created a heart-shaped sculpture and animated projections that respond to Twitter activity in real time, giving the online conversation a captivating physical presence.

The first piece was a data driven light sculpture for the Consumer Electronics Show (CES). An eight foot tall heart, made of illuminated translucent rods, beats to the pulse of selected passions on Twitter. The more people are talking about a passion, the faster the heart beats. Visitors can select from a set of topics using a tablet based interface.

The second piece was a graphical visualization, shown on screens and projected at events around the world. A collection of particles representing Twitter users comes together to form a heart that beats to the pulse of the conversation.

The sculpture is installed at Twitter HQ in San Francisco, and quickly became selfie hot spots.

My roleI was responsible for designing the look of the physical sculpture. Though the shape is based on Twitter's 'like' button, the challenge was creating a legible three-dimensional heart shape from a wide field of view. I used C# scripting in 3D modeling software Rhinoceros and Grasshopper to arrive at the optimal packing of the light rods and the convexity so that the human-sized sculpture looks welcoming, and thus encourage people to interact with the sculpture's lighting. I worked closely with our fabrication collaborator Wood & Silver to ensure the buildability and structural integrity of the sculpture as well as packing of the electrical components under the base. 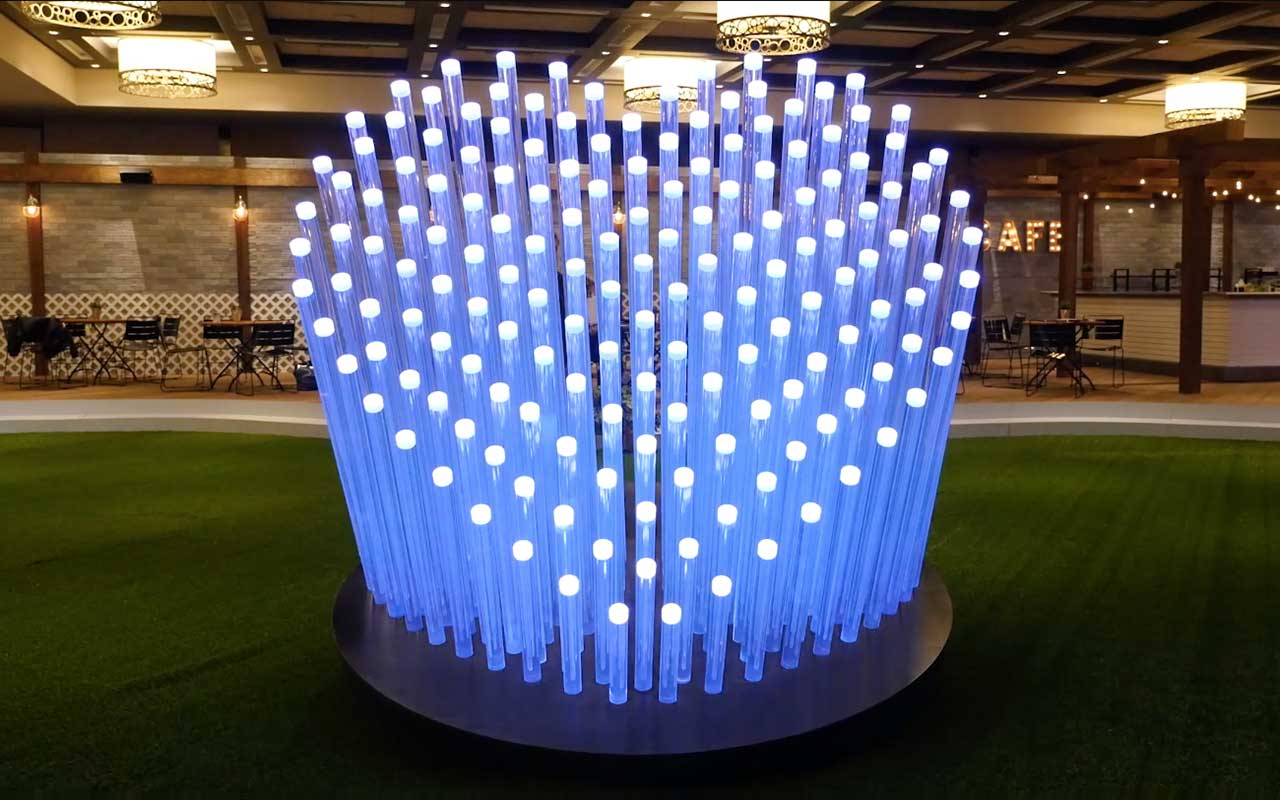 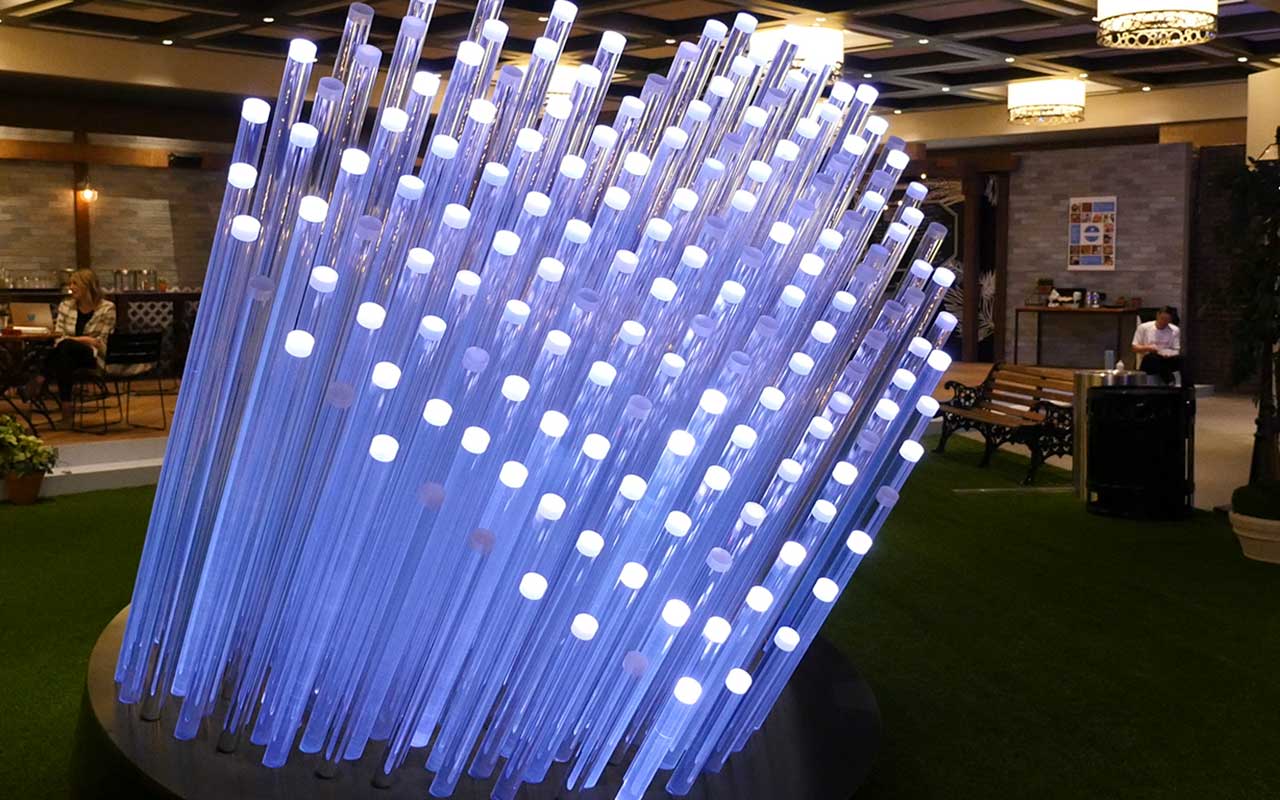 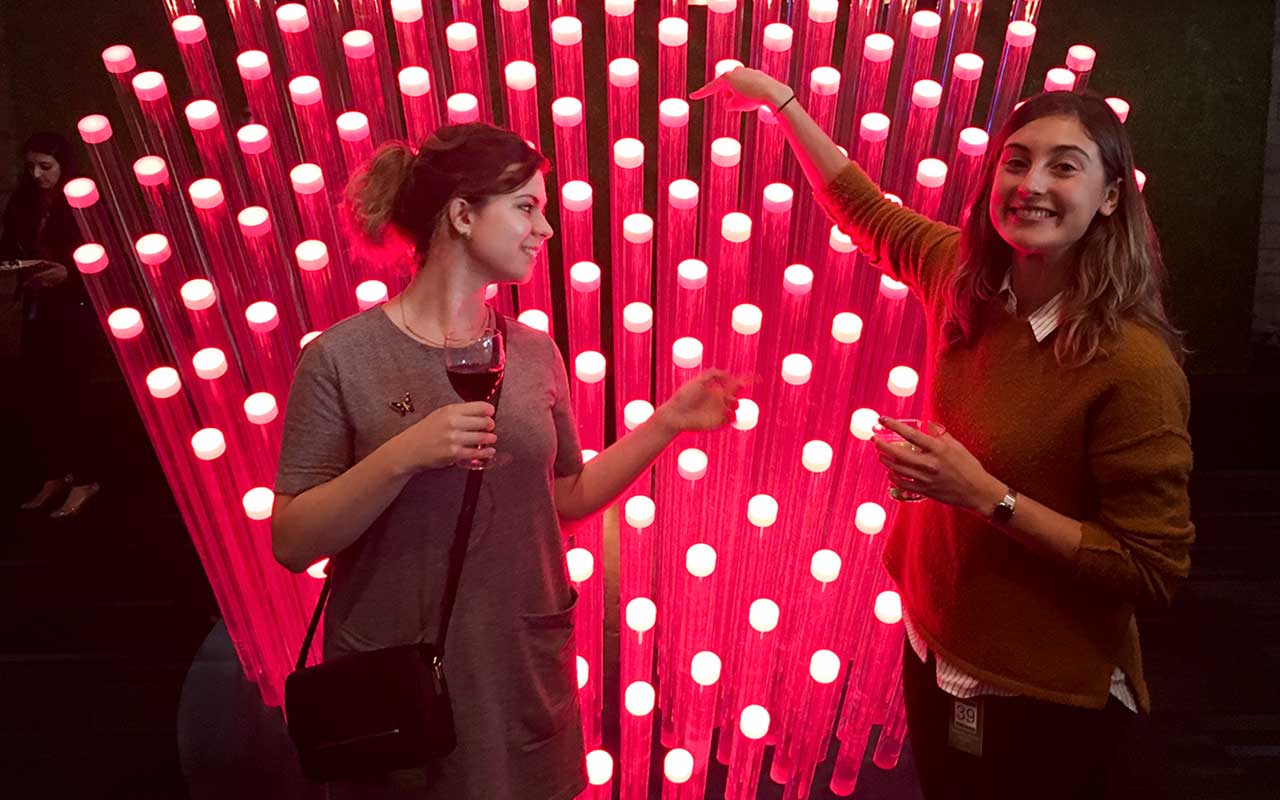