This film archive is a montage of programs that overlap to create a new genre of space: the bookstore that becomes part of the main lobby and a meeting room that responds to activities in the second floor lobby. These programs engage film enthusiasts and passers-by alike to appreciate culture and reevaluate the significance of antiquated film.

The site is Kenmore Square, which is currently most frequented by commuters. Driving along the film archive offers a new experience, where drivers feel as if they are driving at a constant speed when, in actuality, they are continuously sped up and slowed down by traffic jam and traffic lights. This is achieved by exposing them to increased amounts of prominent architectural elements such as overhangs at intersections where they are slowed down and smooth transitions where they are allowed to speed up. Thus, drivers perceptually drive along the site at the same speed through moments of architectural expressions, reinforcing the idea of filmic montage.

A car passing by the site will feel like they're moving at a constant speed through a balance of driving speed and architectural exposure. 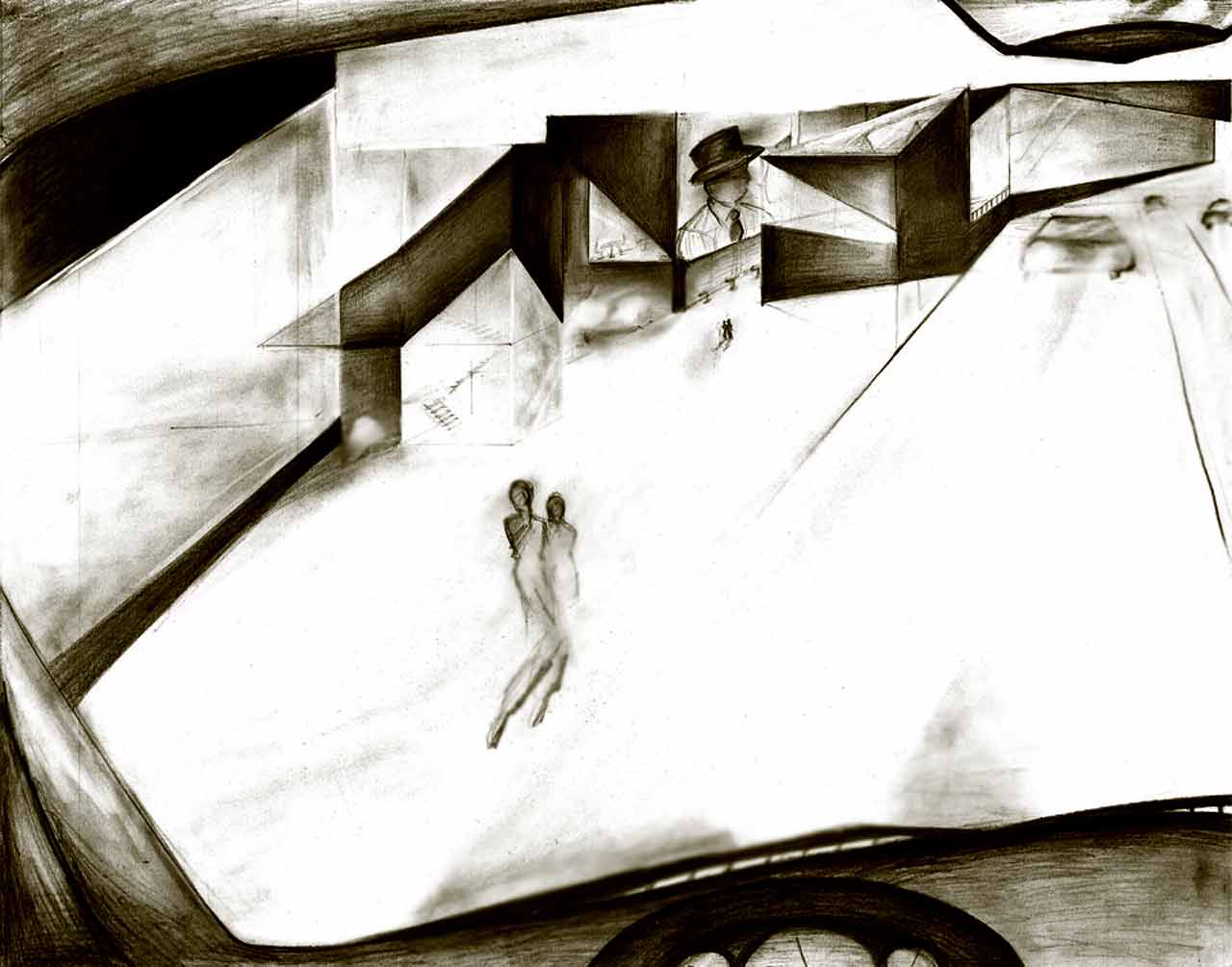 The form is informed by site analysis modeled after Bernard Tschumi’s The Manhattan Transcripts Project. To perceptually transform the physical deceleration (panel 4, 1 ring = 1 second) into a smooth ride (panel 4p), I arrive at the architectural expression in Panel 5. 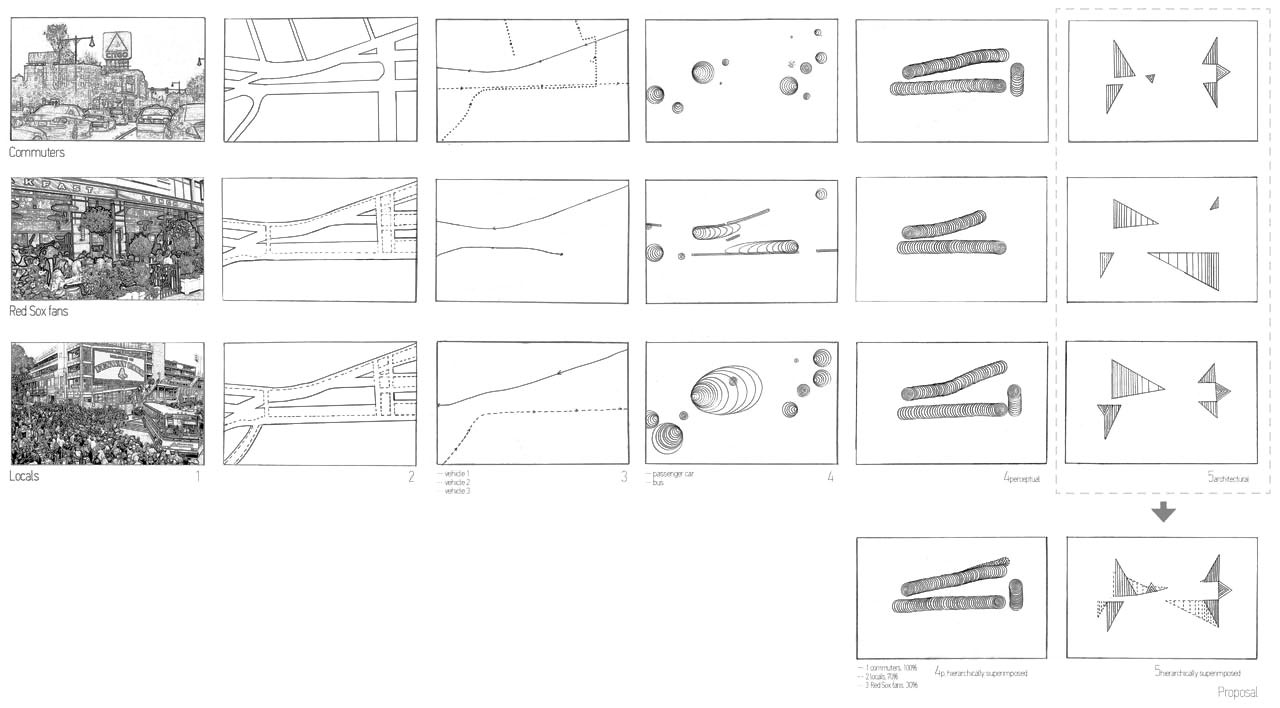 The Tschumi analysis resulted in three separate buildings that organize programs by their privacy requirements. The intertwining strips of concrete and glass envelope each building to satisfy daylighting needs. 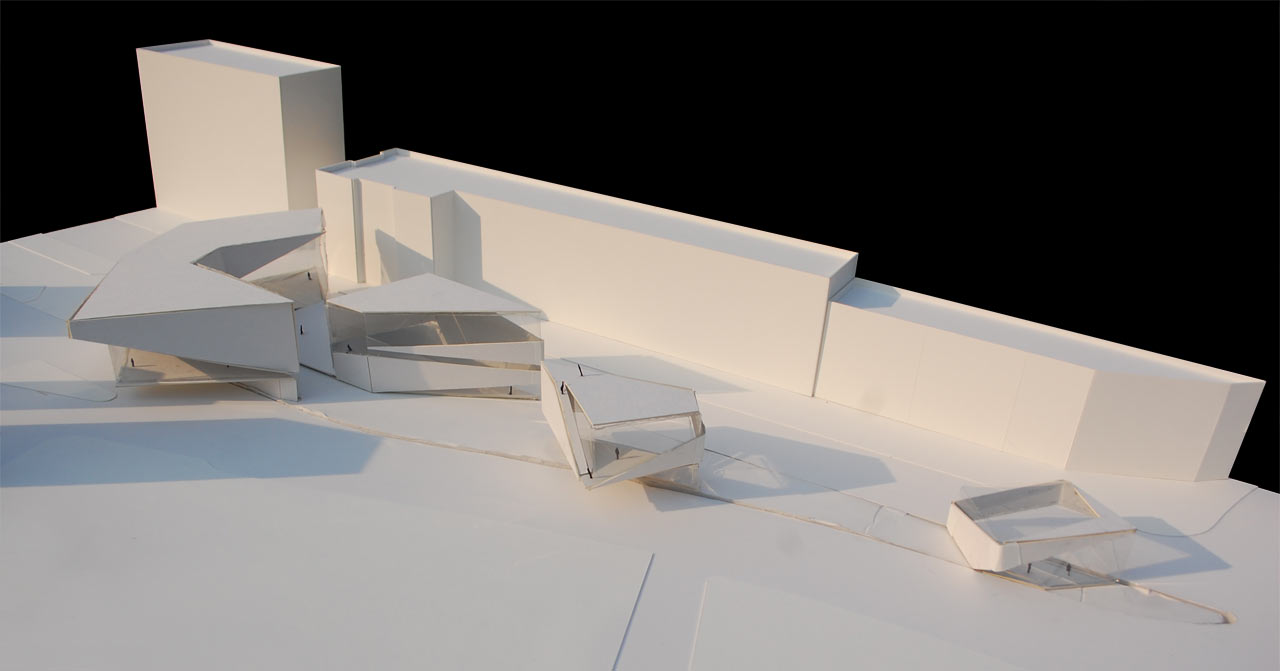 East wing houses public programs such as theater and bookstore, central wing houses library and conservation rooms that require more intimate experience for film professionals, and west wing is for less frequent public use such as conferences. 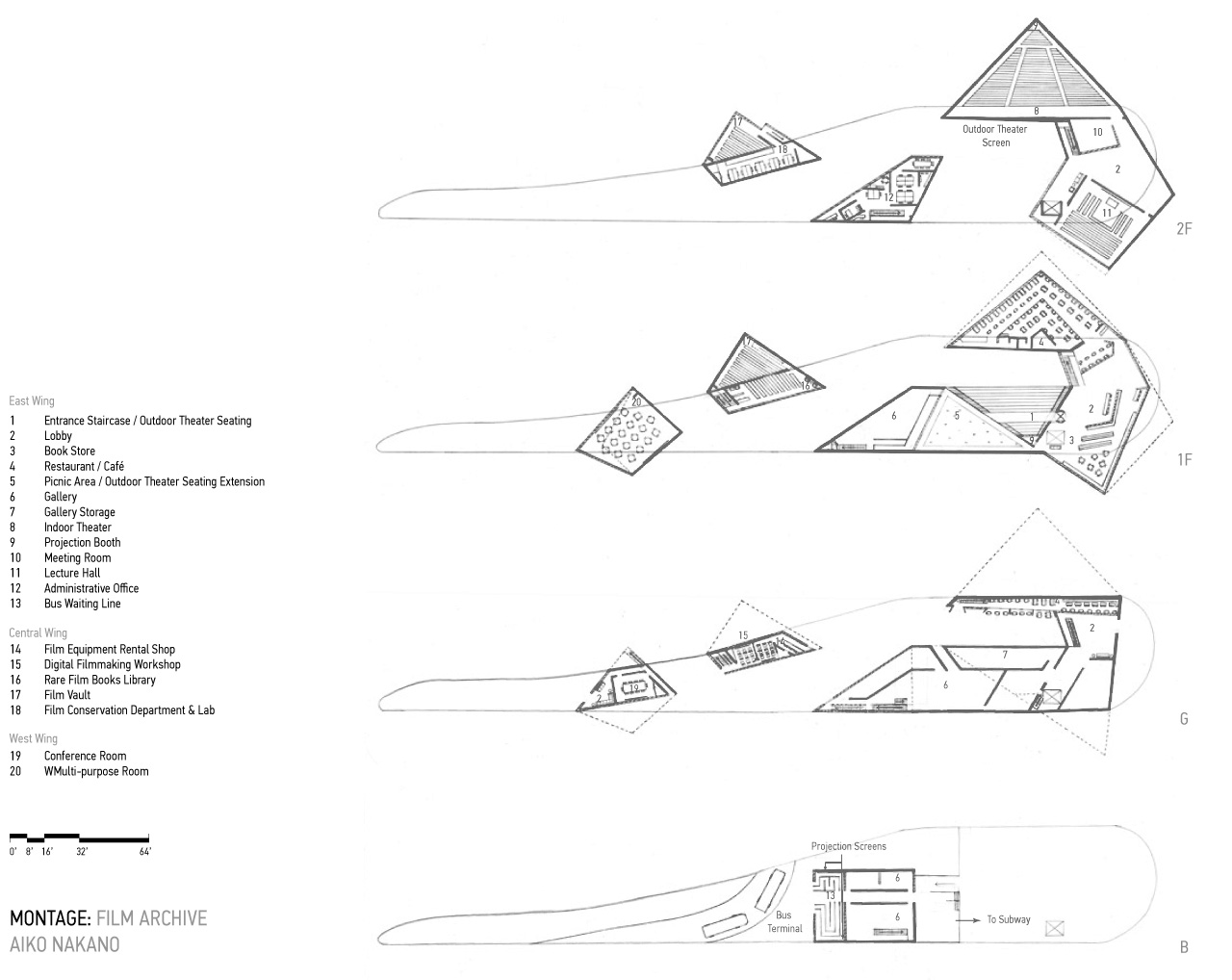 The steps leading to the entrance of the East Wing serve as seating area for the outdoor theater at night.