Duality House is designed for two house mates who have contrasting personalities: Greg, the socialite and photographer, and Sean, the introvert and botanist. The house negotiates privacy preferences for these friends through geometric overlaps of two disparate patterns comprising the plan and the section. The resulting form is anchored by the courtyard tended by Sean, and it opens up the house to the outside for Greg's spaces while it provides privacy for Sean's private rooms.

The collage emphasizes the role of the greenhouse to create the sense of cohesiveness. 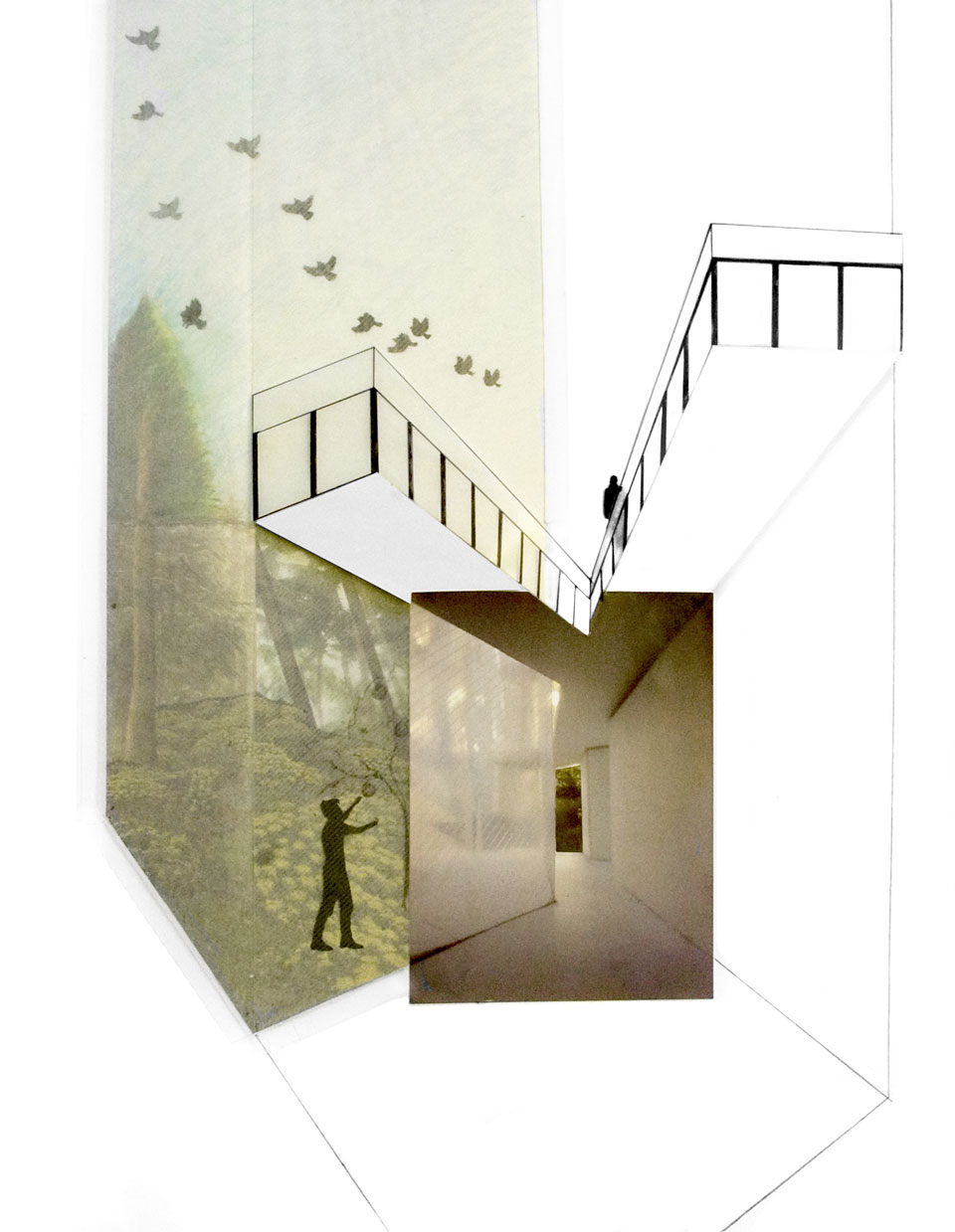 The basic patterns for the plan and the section are conceived by testing the threshold of overlap for two triangles and squares, respectively. 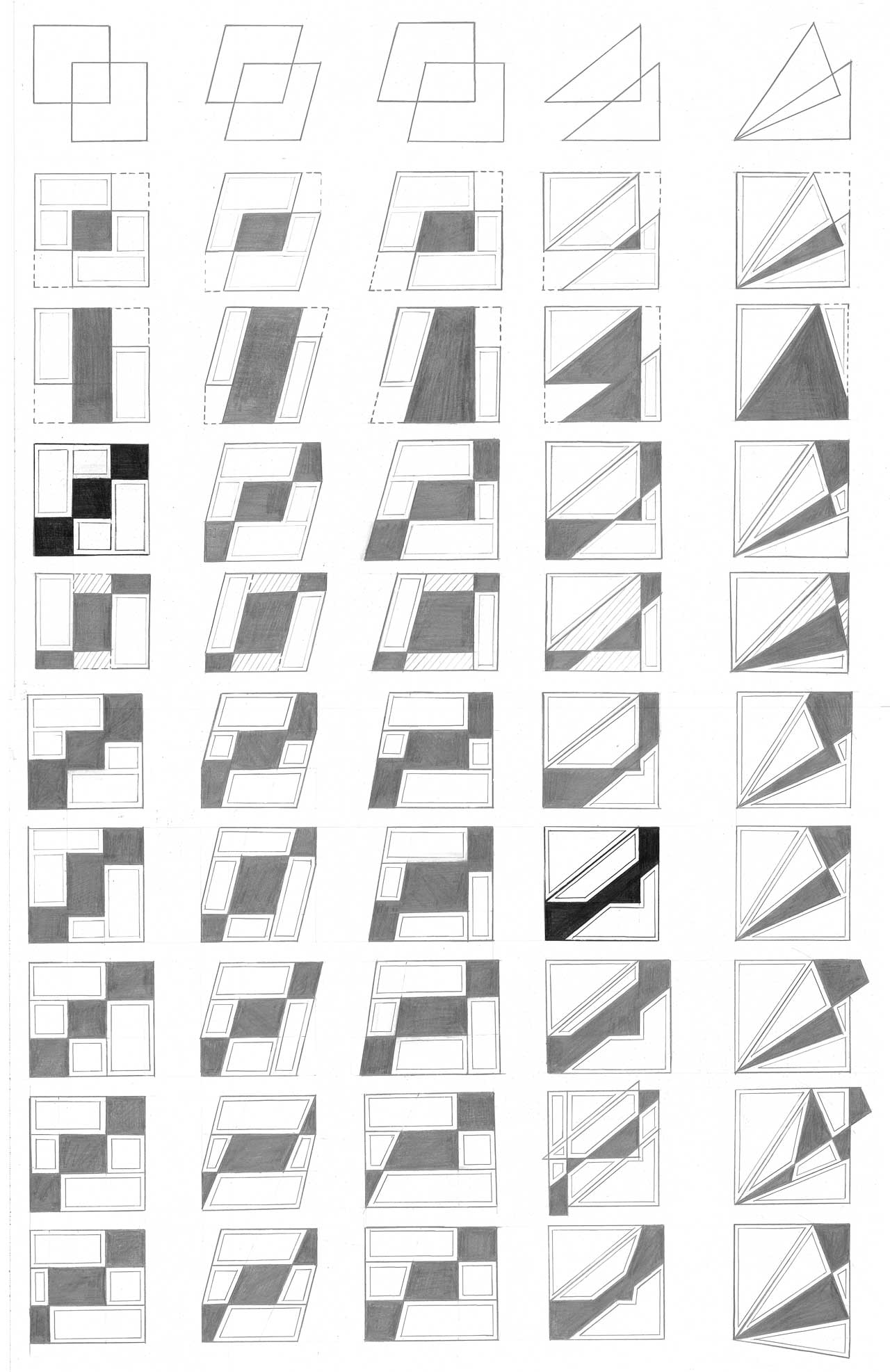 The plan for each floor is based on the triangular pattern selected from the matrix of patterns above.

The windows are placed according to the privacy preferences of the two residents and programmatic requirements.

Two residents’ circulation paths intertwine at the center of the house

Sean's circulation path is designed to be compact in respect of his preference for privacy, while Greg's circulation is more dynamic and utilizes the entire house. Their paths intersect in the living space in the core of the house, where they share stories from their day over meals. 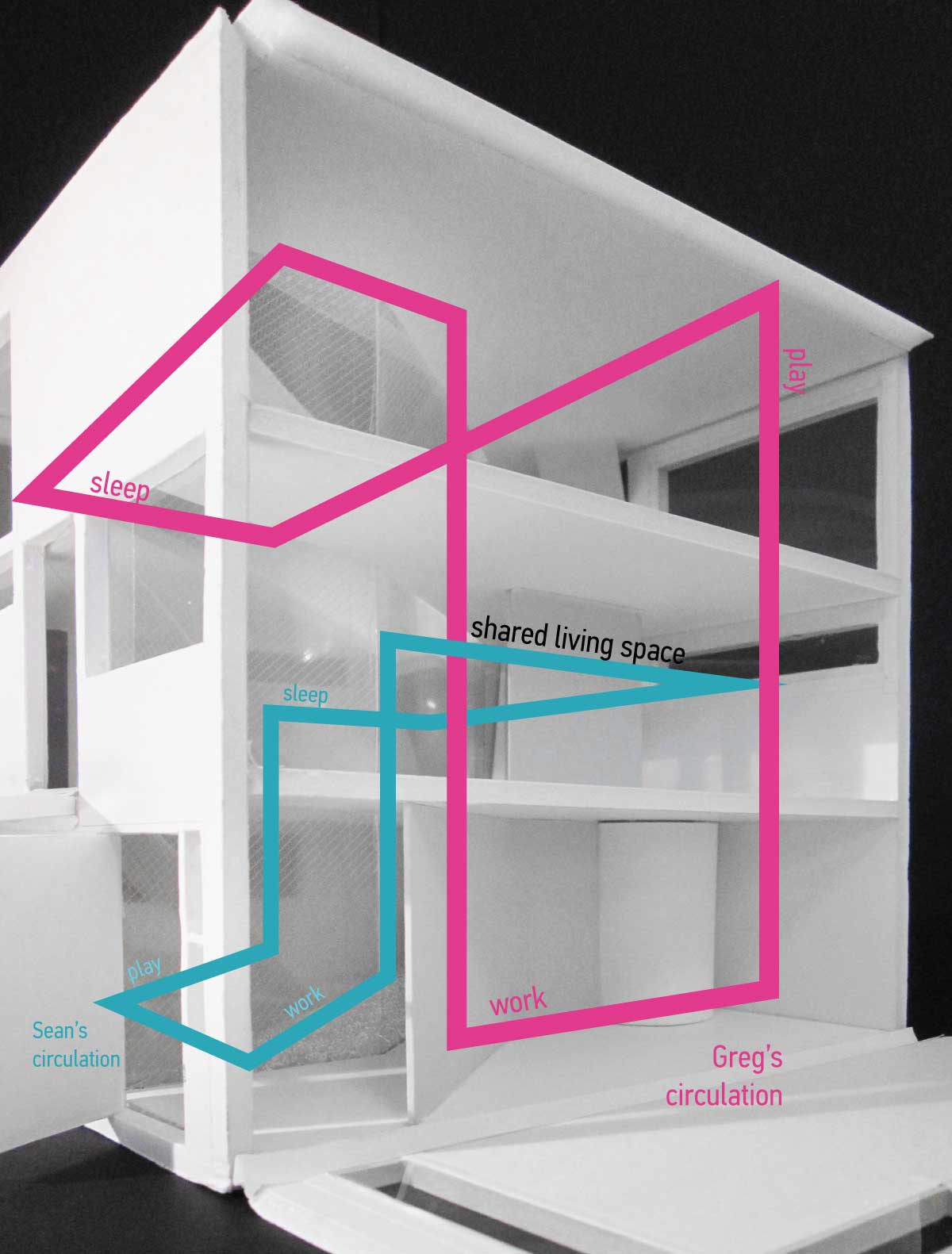 The house is anchored by the courtyard that Sean tends to. 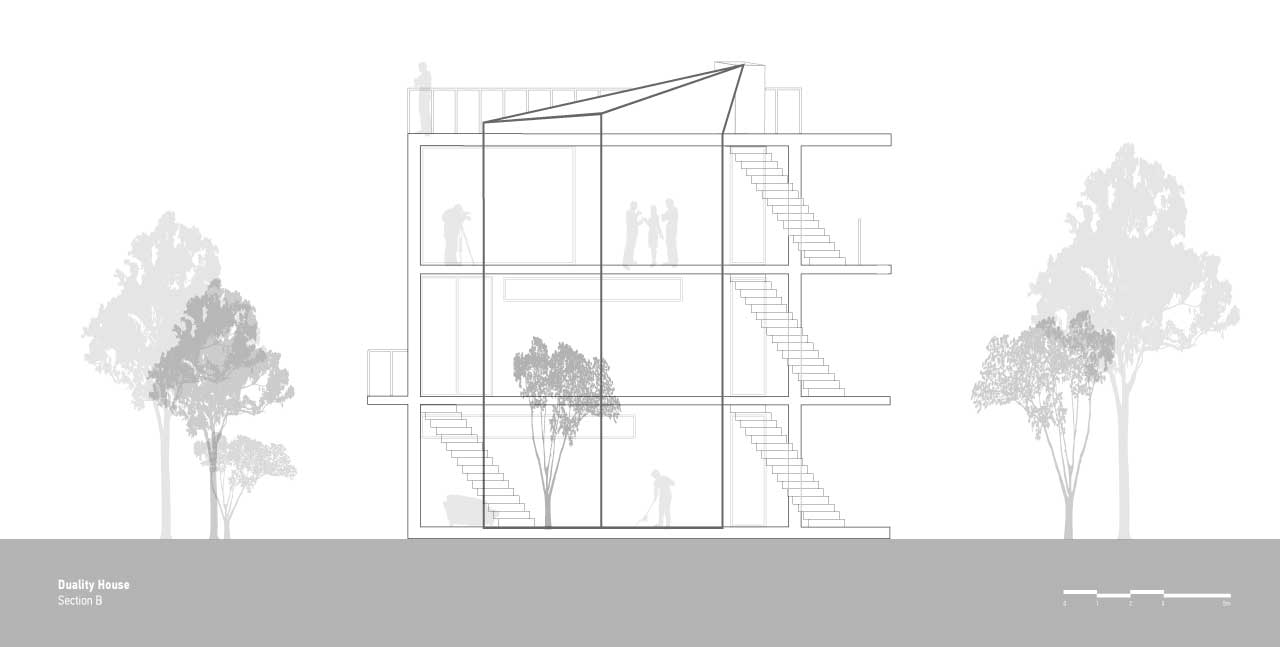 The back side of the house is more private than the rest. While the courtyard is the visual anchor of the house, the trees provide privacy for Sean. 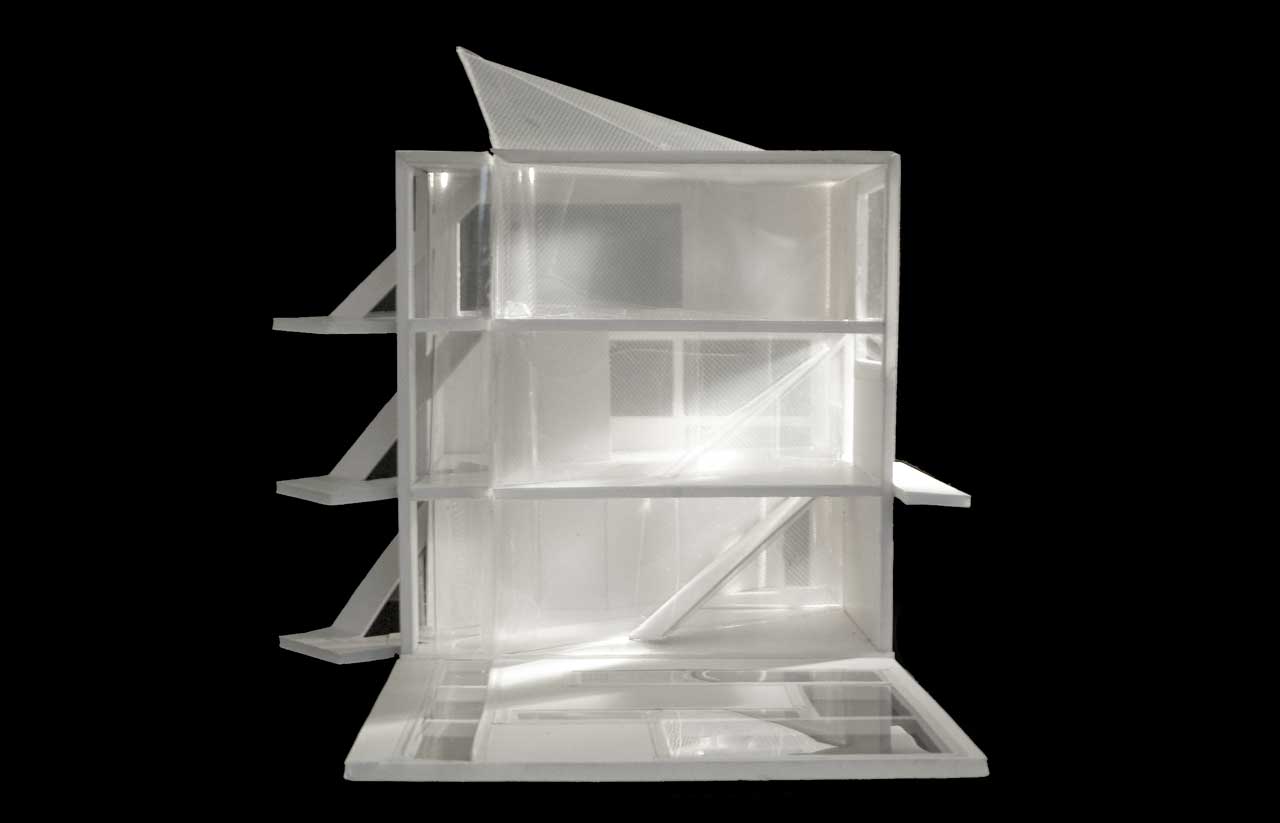