Asianfanfics is a social network platform with 140 million page views per month and 1.3 million registered members where writers can share stories and connect with each other. For their new paid Gold Membership campaign, they wanted to introduce badges to show their appreciation for their users' support as well as to garner interest from other users.

The main users of the website are women between teenage years and thirties, but the management team wanted a design that can appeal to all users. The challenge was to balance the simplicity within the 40 pixel size restriction and the site's color palette to convey the essence of the badge significance. After the success of the Gold Membership campaign, I created anniversary badges in response to user demands. See above image for all of the branding efforts that I contributed to.

We also released a scroll-based animation featuring Jado Interactive's evangelist for April Fools' Day. Since then the dog became AFF's mascot and some users even adapted him on their profile pages. The game increased page views by 9% on April 1 and will be coming back to the site regularly on select holidays. You might have noticed him on this page as this page loaded. He's very patient until you press the arrow or WASD keys.

My role As a freelance web developer, I implemented all aspects of the game, including character design and programming after discussing the game concept with the CEO.

Is it possible to get all the badges?
how to get that gold badge???
MORE BADGES ;A; YAY
The badges design is cute :) 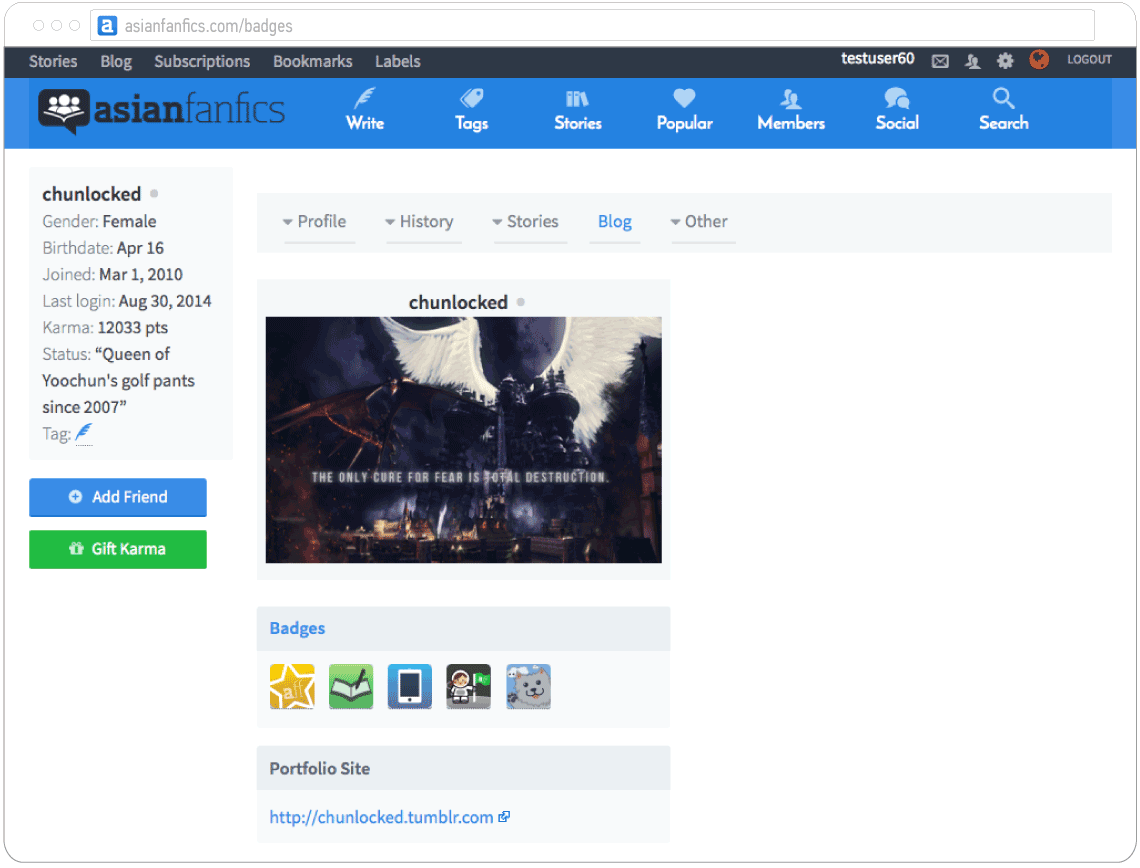